If it sounds too good to be true, it probably is. Follow these five rules to identify a travel scam before it’s too late.

You’re probably familiar with those Internet travel scams, in which you receive a message from a friend who claims to have lost all their money while traveling abroad, and needs to reach out to you — their long lost Facebook friend — for a wire transfer, so they don’t have to beg for money on the streets of London. Fortunately, your friend is perfectly safe at home, but many overseas destinations are notorious for robbing unsuspecting tourists the old fashioned way, and it’s easy to fall victim to more traditional scams in unfamiliar territory. It’s far easier to recognize a scam after experiencing a few yourself — as I did as recently as last week while traveling in Bangkok — so follow these five rules to avoid being taken advantage of abroad.

Google is your best friend — and sometimes your only friend — when traveling abroad. Many travel scams can be avoided completely by surfing the Internet for a few minutes before your next trip. Searching “scam Bangkok” before my last visit to the Thai capital would have saved me hours of frustration, for example — everything you need to know about the city’s gem and tailor scams can be found on the first page of results. Instead, I ended up getting caught up in multiple scams, including unscheduled visits to two jewelry stores (selling incredibly overpriced gems), tailor shops, boat rides, and much more. Luckily I recognized each as a scam before pulling out my wallet, but many of the tourists I saw at the same stores weren’t as fortunate.

Does it sound too good to be true?

As the saying goes, it probably is. One Bangkok taxi driver pulled me into a scam by offering a 2-hour tour for 20 baht (about 70 cents). The taxi was little more than a small cabin attached to a dirt bike, and the cost of living in Thailand is far less than much of Asia — let alone a major city in the U.S. — but the deal still sounded too good to be true, and as I discovered after an hour of being whisked around from store to store, it definitely was. Our driver eventually admitted that one of the stores paid him 200 baht ($7) just to get us in the door. Also beware of pressure from salesmen to complete a transaction, especially if a “limited time offer” is involved that just happens to expire before you’ll have time to head back to the hotel for a few minutes of research.

There’s no such thing as a free lunch.

I hate to use two idioms back-to-back, but this rule rings just as true as the last. Many of the single-day tours I’ve been on overseas include a “typical” lunch at a local restaurant, often in a building attached to a large store, or perhaps even a “factory.” Several tours I’ve been on near Beijing — with different tour companies over multiple years — have included a mandatory stop for lunch at the same jade factory, where a quick meal is followed by 45 minutes in a large “wholesale” store, offering jade pieces at prices far higher than what you’d find in the city. Guides emphasize the “wholesale” prices, and tourists rarely leave empty handed.

Where are the locals?

If you find yourself in a store surrounded by tourists with not one native in sight while on a tour, chances are you’re being duped. If you still feel compelled to make a purchase or sit down for a meal, then call your hotel before you do, asking the concierge about the store or restaurant’s reputation before it’s too late. If they don’t recognize the name of a “famous” store or restaurant, then consider walking away. Also beware of fake restaurant awards or reviews in the window. A restaurant I walked by near Hong Kong had a billboard-size New York Times review posted in a window, littered with poor grammar, typos, and spelling errors.

If you recognize a scam, walk away as soon as possible. Obviously some scams are more serious than others — at the jade factory, you can simply avoid making any purchases, while in Bangkok, I’d suggest getting away from your driver and finding a legitimate cab right away. Don’t go with the flow just to avoid offending your driver or tour guide. As nice as they may seem, if they’re involved in the scam then they’re really only interested in getting their cut — not in keeping you safe or making sure you leave their city with a good impression. 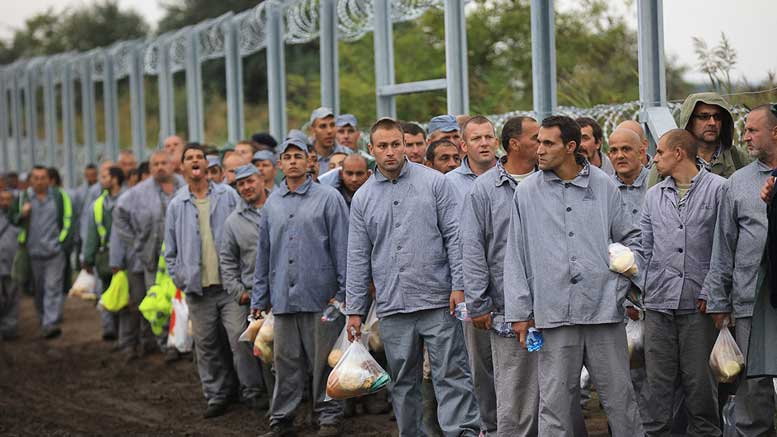 Tourists in Budapest pay to be locked up in cellars 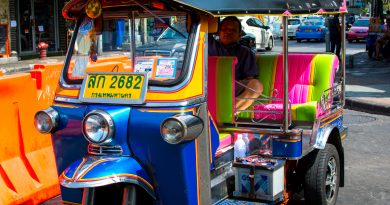 The biggest Scam in Bangkok

Where to Exchange Currency Without Paying Huge Fees

How to avoid Ponzi Schemes

The unscrupulous masterminds of Pyramid and Ponzi schemes lose investors hundreds of thousands, by promising too good to be true

Complementary and Alternative Medicine, what’s up with that?

How do I spot fake online dating profiles?

How ‘Fake’ Fats Can Make You Really Fat

How to identify fake drugs